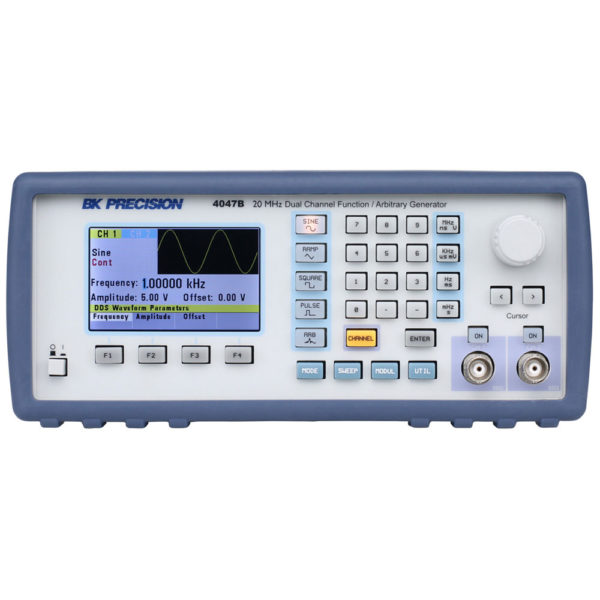 The BK4047B Dual Channel Function/Arbitrary Waveform Generator is capable of generating stable and precise sine, square, triangle, pulse, and arbitrary waveforms. CH1 and CH2 outputs are fully independent with individual on/off buttons and can both be varied from 0 to 10 Vpp into 50 ohms (up to 20 Vpp into open circuit). The generator provides linear and logarithmic sweep capabilities, AM/FM/PM/FSK/PWM modulation, and a continuously variable DC offset to inject signals directly into circuits at the correct bias level. Separate output amplitude and DC offset amplifiers let you set a large DC offset (e.g. ± 4.99 V) with a small amplitude output signal (e.g. 10 mV).

The BK4047B’s dual architecture, typically found in more expensive generators only, provides all the benefits of a DDS and a true point-by-point arbitrary waveform generator (AWG), without any limitations imposed by either technology.