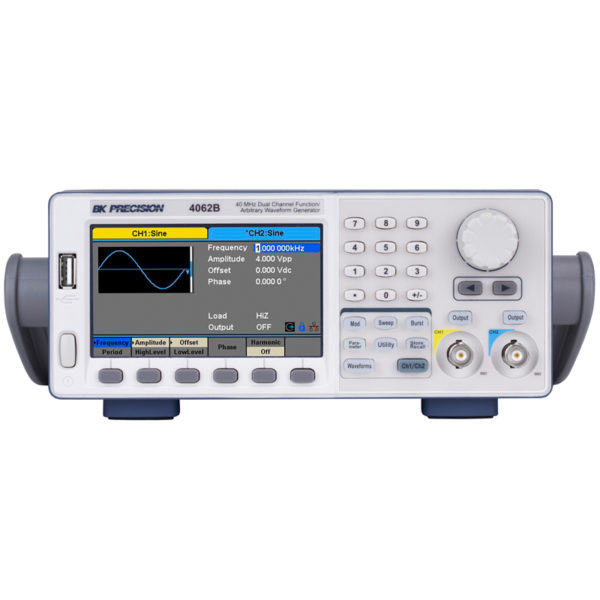 Probably most importantly, this series are capable of generating stable and precise sine, square, triangle, pulse, and arbitrary waveforms. As a result they combine the cost saving benefits of DDS and true point-by-point arbitrary architectures.  Therefore this series meets a wide range of applications that require high signal fidelity and low jitter arbitrary waveforms.

Besides an easy-to-read colour display and intuitive user interface with numeric keypad, these instruments offer plenty of features. These features include linear/logarithmic sweep, burst mode, and variable DC offset.

Models of the BK4060B Series

Features of the BK4060B Series